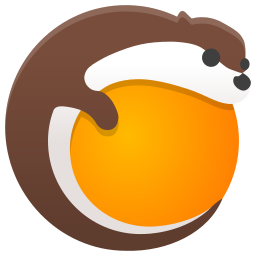 Lutris is an open source gaming platform that makes gaming on Linux easier by managing, installing and providing optimal settings for games.

Lutris does not sell games. For commercial games, you must own a copy to install the game on Lutris. The platform uses programs referred to as 'runners' to launch games, Those runners (with the exception of Steam and web browsers) are provided and managed by Lutris, so you don't need to install them with your package manager.

Scripts written by the community allow access to a library of games. Using scripts, games can be played without manual setup.

Lutris installations are fully automated through scripts, which can be written in either JSON or YAML. The scripting syntax is described in docs/installers.rst, and is also available online at lutris.net.

Optional accounts can be created at lutris.net and linked with Lutris clients. This enables your client to automatically sync fetch library from the website. It is currently not possible to sync from the client to the cloud. Via the website, it is also possible to sync your Steam library to your Lutris library.

The Lutris client only stores a token when connected with the website, and your login credentials are never saved. This token is stored in ~/.cache/lutris/auth-token.

Runners and the game database

~/.local/share/lutris: All data necessary to manage Lutris' library and games, including:

Additionally, you can pass a lutris: protocol link followed by a game identifier on the command line such as:

This will install the game if it is not already installed, otherwise it will launch the game. The game will always be installed if the --reinstall flag is passed.

Lutris is far from complete, and some features have yet to be implemented.

Here's what to expect from future versions of Lutris:

Lutris is 100% community supported, to ensure a continuous development on the project, please consider donating to the project. Our main platform for supporting Lutris is Patreon: https://www.patreon.com/lutris but there are also other options available at https://lutris.net/donate

You can always reach us on: