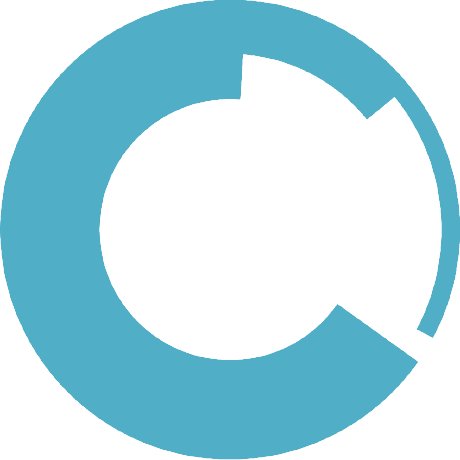 For a more detailed overview and getting started guide, please see our blog post.

Q: Does the compiler support all GraphQL language features?

A: No. We prioritized and implemented a subset of all functionality supported by the GraphQL language. We hope to add more functionality over time.

Q: Do you really use GraphQL, or do you just use GraphQL-like syntax?

A: We really use GraphQL. Any query that the compiler will accept is entirely valid GraphQL, and we actually use the Python port of the GraphQL core library for parsing and type checking. However, since the database queries produced by compiling GraphQL are subject to the limitations of the database system they run on, our execution model is somewhat different compared to the one described in the standard GraphQL specification. See the Execution model section for more details.

Q: Does this project come with a GraphQL server implementation?

A: No -- there are many existing frameworks for running a web server. We simply built a tool that takes GraphQL query strings (and their parameters) and returns a query string you can use with your database. The compiler does not execute the query string against the database, nor does it deserialize the results. Therefore, it is agnostic to the choice of server framework and database client library used.

Q: What databases and query languages does the compiler support?

A: We currently support a single database, OrientDB version 2.2.18+, and two query languages that OrientDB supports: the OrientDB dialect of gremlin, and OrientDB's own custom SQL-like query language that we refer to as MATCH, after the name of its graph traversal operator. With OrientDB, MATCH should be the preferred choice for most users, since it tends to run faster than gremlin, and has other desirable properties. See the Execution model section for more details.

Q: Do you plan to support other databases / more GraphQL features in the future?

A: We'd love to, and we could really use your help! Please consider contributing to this project by opening issues, opening pull requests, or participating in discussions.

A: Please check if an issue has already been created for the bug, and open a new one if not. Make sure to describe the bug in as much detail as possible, including any stack traces or error messages you may have seen, which database you're using, and what query you compiled.

Q: I think I found a security vulnerability, what do I do?

A: Please reach out to us at graphql-compiler-maintainer@kensho.com so we can triage the issue and take appropriate action.

If a given result set is unable to produce a value for a vertex field marked @optional, any fields marked @output within that vertex field return the null value.

When filtering (via @filter) or type coercion (via e.g. ... on Animal) are applied at or within a vertex field marked @optional, the @optional is given precedence:

Denotes that the value of a property field should be included in the output. Its out_name argument specifies the name of the column in which the output value should be returned.

This query returns the name of each Animal in the graph, in a column named animal_name.

If the property field marked @output exists within a scope marked @optional, result sets that are unable to assign a value to the optional scope return the value null as the output of that property field.

Applying @fold on a scope "folds" all outputs from within that scope: rather than appearing on separate rows in the query result, the folded outputs are coalesced into lists starting at the scope marked @fold.

Each returned row has two columns: animal_name with the name of each Animal in the graph, and child_names with a list of the names of all children of the Animal named animal_name. If a given Animal has no children, its child_names list is empty.

The @tag directive enables filtering based on values encountered elsewhere in the same query. Applied on a property field, it assigns a name to the value of that property field, allowing that value to then be used as part of a @filter directive.

To supply a tagged value to a @filter directive, place the tag name (prefixed with a % symbol) in the @filter's value array. See Passing parameters for more details.

Each row returned by this query contains, in the child_name column, the name of an Animal that is the child of another Animal, and has a name that is lexicographically smaller than the name of its parent.

Allows filtering of the data to be returned, based on any of a set of filtering operations. Conceptually, it is the GraphQL equivalent of the SQL WHERE keyword.

It returns one row for every Animal that has a color equal to $animal_color, containing the animal's name in a column named animal_name. The parameter $animal_color is a runtime parameter -- the user must pass in a value (e.g. {"$animal_color": "blue"}) that will be inserted into the query before querying the database.

It returns the names of animals that contain their parent's name as a substring of their own. The database captures the value of the parent animal's name as the parent_name tag, and this value is then used as the %parent_name tagged parameter in the child animal's @filter.

We considered and rejected the idea of allowing literal values (e.g. 123) as @filter parameters, for several reasons:

Say the user wants to fetch the names of the children and grandchildren of each Animal. That could be accomplished by running the following two queries and concatenating their results:

If the user then wanted to also add great-grandchildren to the descendants output, that would require yet another query, and so on. Instead of concatenating the results of multiple queries, the user can simply use the @recurse directive. The following query returns the child and grandchild descendants:

Each row returned by this query contains the name of an Animal in the ancestor column and the name of its child or grandchild in the descendant column. The out_Animal_ParentOf vertex field marked @recurse is already enclosed within another out_Animal_ParentOf vertex field, so the recursion starts at the "child" level (the out_Animal_ParentOf not marked with @recurse). Therefore, the descendant column contains the names of an ancestor's children (from depth = 0 of the recursion) and the names of its grandchildren (from depth = 1).

The descendant column cannot have the name of the ancestor animal since the @recurse is already within one out_Animal_ParentOf and not at the root Animal vertex field. Similarly, it cannot have descendants that are more than two steps removed (e.g., great-grandchildren), since the depth parameter of @recurse is set to 1.

See the Completeness of returned results section for a description of the directive and examples.

This returns one row for every Species whose name is equal to the value of the $species_name parameter, containing the uuid of the Species in a column named species_uuid.

Allows you to filter on vertices which contain the exact string $wanted_name_or_alias in their name or alias fields.

This returns one row for every Animal whose name and/or alias is equal to $wanted_name_or_alias, containing the animal's name in a column named name.

The value provided for $wanted_name_or_alias must be the full name and/or alias of the Animal. Substrings will not be matched.

This returns one row for every Animal which has a color contained in a list of colors, containing the Animal's name and color in columns named animal_name and color, respectively.

This returns one row for every Animal whose name contains the value supplied for the $substring parameter. Each row contains the matching Animal’s name in a column named animal_name.

This returns one row for every Animal whose list of aliases contains the value supplied for the $wanted parameter. Each row contains the matching Animal's name in a column named animal_name.

In this query, the out_Entity_Related is of Entity type. However, the query only wants to return results where the related entity is a Species, which ... on Species ensures is the case.

The __typename field is treated as a property field of type String, and supports all directives that can be applied to any other property field.

This query returns one row for each Entity vertex. The scope in which __typename appears is of static type Entity. However, Animal is a type of Entity, as are Species, Food, and others. Vertices of all subtypes of Entity will therefore be returned, and the entity_type column that outputs the __typename field will show their runtime type: Animal, Species, Food, etc.

This section assumes that the reader is familiar with the way schemas work in the reference implementation of GraphQL.

The GraphQL schema used with the compiler must contain the custom directives and custom Date and DateTime scalar types defined by the compiler:

If constructing the schema programmatically, one can simply import the the Python object representations of the custom directives and the custom types:

Since the GraphQL and OrientDB type systems have different rules, there is no one-size-fits-all solution to writing the GraphQL schema for a given database schema. However, the following rules of thumb are useful to keep in mind:

The compiler abides by the following principles:

To explain the completeness of returned results in more detail, assume the database contains the following example graph:

Between the data in the database and the query's structure, it is clear that combining any of a or b with any of x or y would produce a valid result. Therefore, the complete result list, shown here in JSON format, would be:

Due to limitations in the underlying query language, gremlin will by default produce at most one result for each of the starting locations in the query. The above GraphQL query started at the type S, so each s_name in the returned result list is therefore distinct. Furthermore, there is no guarantee (and no way to know ahead of time) whether x or y will be returned as the t_name value in each result, as they are both valid results.

Users may apply the @output_source directive on the last scope of the query to alter this behavior:

Conceptually, applying the @output_source directive makes it as if the query were written in the opposite order: