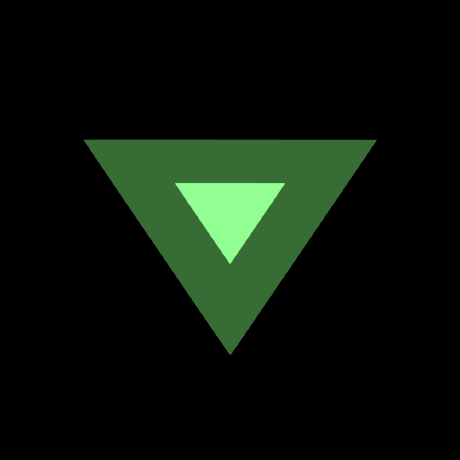 Fake webcam that replaces your background with a custom image of your choice.

This is a work in progress, but it is already usable :) Linux only, though (sorry!). You will need to do some weird stuff first: adding a kernel module to be able to have "fake" webcams. This is done using the v4l2loopback-dkms package. On Debian or Ubuntu, you can install and configure it like this:

This means that from now on, you will have a /dev/video20 device that simulates being a webcam.

Then you need to install the dependencies in the requirements.txt file, as usual with python. A virtualenv is recommended:

Just run the viba.py script, with your virtualenv activated:

The script allows for a number of params to customize how the virtual background works:

Usage as a lib

You can also use it from your own programs. Just take a look at the main function in viba.py, that's a perfect example and very simple.

If you have a Nvidia GPU, you can benefit from a huge performance boost. But it comes at the cost of needing to install complex stuff. You will need:

If you have both, then you can install the extra python dependencies from gpu_requirements.txt, and use the --use-gpu parameter with viba.py.

Some implementation details, and understanding speed

It has a loop which is capturing frames, applying a "mask" to remove the background leaving only the humans, then mixing the humans with the fake background, and finally sending the constructed "frame" to the fake webcam.

That "mask" is calculated using the Bodypix models published by the folk from Tensorflow. It's basically an artificial neural network able to detect and segment people in images.

Ideally, for each new frame we get from the real webcam we would want to calculate the mask again, because the persons are moving around. But the mask calculation is sadly too slow to do in real time. So instead we do this: there's a second concurrent loop which is always looking at the newest frame, and calculating the mask for it, as fast as it can.

So ViBa will work ok if you don't move too fast in front of the camera. If you do, the mask will get "obsolete" too fast, and we it won't be able to calculate masks fast enough to follow you around. For a typical conference call this isn't a problem, but don't try to do acrobatics with an intergalactic background, because people will just see a confusing and slow moving space-themed blob :)

Of course, this depends a lot on the performance of your computer, and wether you are using a GPU or not.

Finally, if you want to get really technical: why async? Because when running on GPU the CPU is idle while the mask is being calculated. Awaiting that with a thread executor (because sadly, tensorflow isn't async), means we can keep doing all the other stuff with the CPU while the mask is bussy in the GPU, and we don't have to worry about locks, inter-thread or inter-process communications, etc.

This is heavily inspired in Benjamin Elder's blog post. Though I went the python-tensorflow way instead of the nodejs-tensorflow way, and async + threaded executor instead of having separated containers and communications between them. Some parts are very similar, still (like how the mask is applied once it's calculated).

Also, this example by @ajaichemmanam was super useful to understand how to import tensorflowjs models to python.

And of course, a huge thanks to the people who built the Bodypix models.