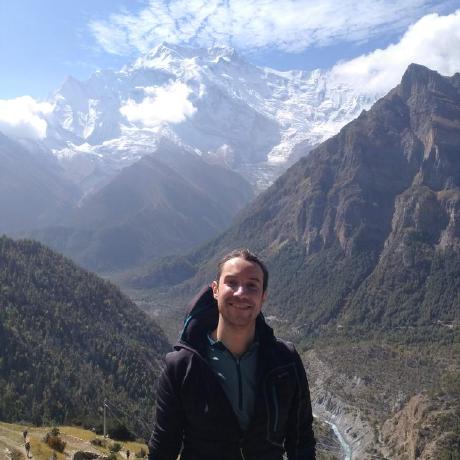 The competition is now over

Congratulations to our winners!

We will also reopen submissions in the coming days in order to allow you to keep working on the Animal-AI Olympics until we disclose the test sets, these new submissions will not count as part of the competition.

The Animal-AI Olympics is an AI competition with tests inspired by animal cognition. Participants are given a small environment with just seven different classes of objects that can be placed inside. In each test, the agent needs to retrieve the food in the environment, but to do so there are obstacles to overcome, ramps to climb, boxes to push, and areas that must be avoided. The real challenge is that we don't provide the tests in advance. It's up to you to explore the possibilities with the environment and build interesting configurations that can help create an agent that understands how the environment's physics work and the affordances that it has. The final submission should be an agent capable of robust food retrieval behaviour similar to that of many kinds of animals. We know the animals can pass these tests, it's time to see if AI can too.

Here you will find all the code needed to compete in this new challenge. This repo contains the training environment (v1.0) that will be used for the competition. Information for entering can be found in the submission documentation. Please check back during the competition for minor bug-fixes and updates, but as of v1.0 the major features and contents are set in place.

For more information on the competition itself and to stay updated with any developments, head to the Competition Website and follow @MacroPhilosophy and @BenBeyret on twitter.

The environment contains an agent enclosed in a fixed sized arena. Objects can spawn in this arena, including positive and negative rewards (green, yellow and red spheres) that the agent must obtain (or avoid). All of the hidden tests that will appear in the competition are made using the objects in the training environment. We have provided some sample environment configurations that should be useful for training (see examples/configs), but part of the challenge is to experiment and design new configurations.

To get started install the requirements below, and then follow the Quick Start Guide. More in depth documentation can be found on the Documentation Page.

The competition has 300 tests, split over ten categories. The categories range from the very simple (e.g. food retrieval, preferences, and basic obstacles) to the more complex (e.g. spatial reasoning, internal models, object permanence, and causal reasoning). We have included example config files for the first seven categories. Note that the example config files are just simple examples to be used as a guide. An agent that solves even all of these perfectly may still not be able to solve all the tests in the category, but it would be off to a good start.

The submission website allows you to submit an agent that will be run on all 300 tests and it returns the overall score (number of tests passed) and score per category. We cannot offer infinite compute, so instances will be timed out after ~90 minutes and only tests performed up to that point counted (all others will be considered failed). See the submission documentation for more information.

For the mid-way and final evaluation we will (resources permitting) run more extensive testing with 3 variations per test (so 900 tests total). The variations will include minor perturbations to the configurations. The agent will have to pass all 3 variations to pass each individual test, giving a total score out of 300. This means that your final test score might be lower than the score achieved during the competition and that the competition leaderboard on EvalAI may not exactly match the final results.

You can read the launch posts - with information about prizes and the categories in the competition here:

Animal-AI Evaluation: July 8th - with collated information about the evaluation.

Animal-AI Launch: July 1st - with information about the prizes and introduction to all 10 categories.

The Animal-AI package works on Linux, Mac and Windows, as well as most Cloud providers. Note that for submission to the competition we only support linux-based Docker files.

We recommend using a virtual environment specifically for the competition. You will need python3.6 installed (we currently only support python3.6). Clone this repository to run the examples we provide.

We offer two packages for this competition:

You can now unzip the content of the archive to the env folder and you're ready to go! Make sure the executable AnimalAI.* is in env/. On linux you may have to make the file executable by running chmod +x env/AnimalAI.x86_64. Head over to Quick Start Guide for a quick overview of how the environment works.

The Unity source files for the environment can be find on the AnimalAI-Environment repository. Due to a lack of resources we cannot provide support on this part of the project at the moment. We recommend reading the documentation on the ML-Agents repo too.

If you launch the environment directly from the executable or through the VisualizeArena script it will launch in player mode. Here you can control the agent with the following:

Paper with all the details of the test battery will be released after the competition has finished.

The Python library located in animalai is almost identical to ml-agents v0.7. We only added the possibility to change the configuration of arenas between episodes. The documentation for ML-Agents can be found here.

The competition is kindly hosted on EvalAI, an open source web application for AI competitions. Special thanks to Rishabh Jain for his help in settting this up.

In play mode pressing R or C does nothing sometimes. This is due to the fact that we have synchronized these features with the agent's frames in order to have frames in line with the configuration files for elements such as blackouts. Solution: press the key again, several times if needed.