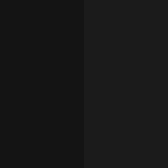 This is an explanation of how I write "json rest api server" in go. I wrote this to share with my friends who are not familiar with go, but thought it would be great to get feedbacks from the community also. Newbie in go myself, I won't say that this is way to go. But after spending hours to write rest api that is simple, easy to manage, I'm quite satisfied with the result.

This includes extremely simple boilerplate and example for

Here are the libraries I chose. Some of them are relatively new and may not be mature compared to the competitors. I had to make multiple patches to the listed library to satisfy my use cases. But at least for me, they really helped me to simplify the process. Hope they all have more users and contributors.